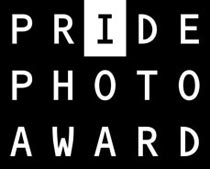 In many countries, same sex couples cannot legally marry and raise children together. They are excluded from adoption and shared parenthood. Wherever people strive for equal rights, there will be photographers who show that same sex couples share the same parental love as heterosexual couples. These ‘activist family portraits’ are the subject of a special event Pride Photo Award organizes at the start of the first Dutch Photo Week, which is themed: “Look! My family” (Sunday Sept. 22, Oude Kerk Amsterdam).